Our Strange Visit to the NC State Fair 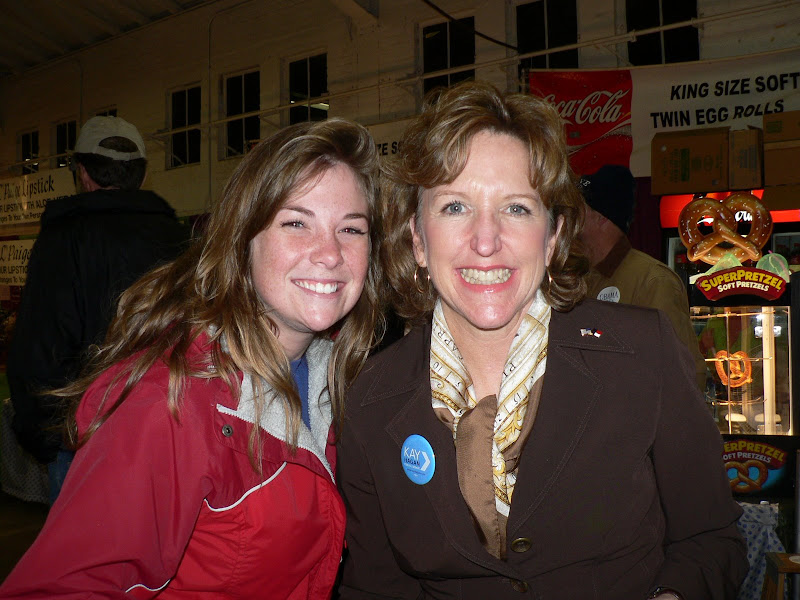 The picture you see was made in October when we visited the NC State Fair.  It is a picture of daughter Brittney with Kay Hagan.  Brittney, for those who do not know, is a huge fan of Hagan's and knows her daughter from school.  I believe Brittney was ecstatic to meet Hagan, and it shows.  It was also kind of strange, as we were just walking along in a thin crowd when, there she was! 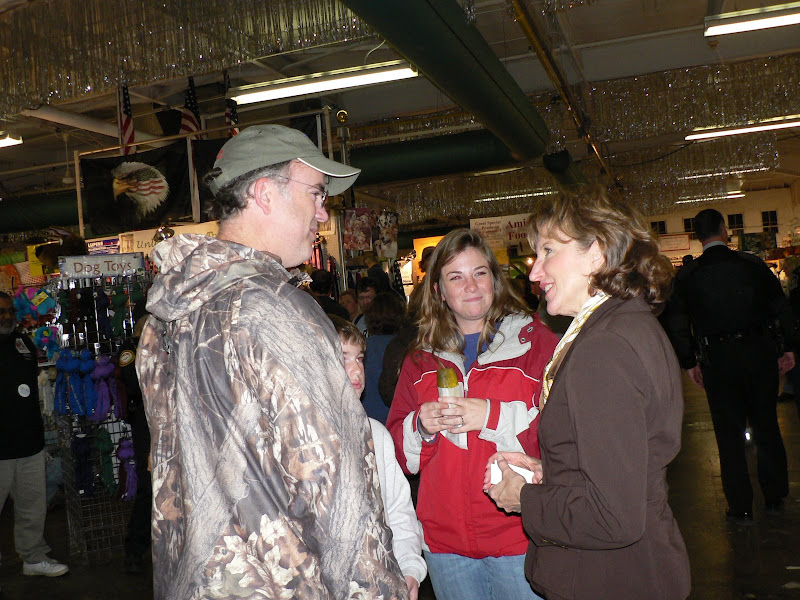 We each got to meet Kay and speak with her for a couple of minutes before moving on. She seemed great and made a great impression.  It was not a problem at all to confirm our feelings for her.  Later on in the campaign, when the very negative advertising was going on, the deal was sealed.

The very strangest thing about the fair was not that we met Kay Hagan up close and got to speak with her.  The odd part was that we had just met another Senator earlier in the day.  That Senator was Senator Dole.  And I don't mean Liddy Dole, but instead the venerable Bob Dole (you know, the ED poster child).  We were roaming around in one of the agricultural areas when I wondered off to see the bees.  Brittney was with me and Joy was with the boys.  She called me on my cell and said to hurry over, that somebody running for Senator in NC was over with the cows.  I asked her who it was and she told me she didn't know his name.  I told her that two women were running for the seat and not any man.  She said for me to hurry over and see who it was.  When I got near, I immediately saw that it was Bob and not Elizabeth that she was seeing.  Brittney ran over and got a picture made with him, although you could tell that her heart was not in it! 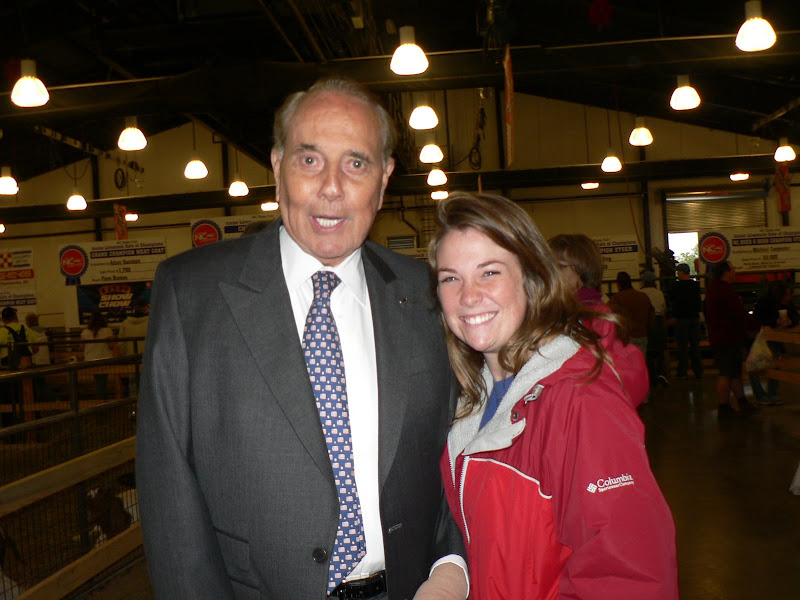 Posted via email from MartinFarm

He looks like he's made of wax. Are you sure he was real? :)

He actually looked like wax in person, also. If he weren't moving and talking! Maybe a side effect of viagra overdose.....